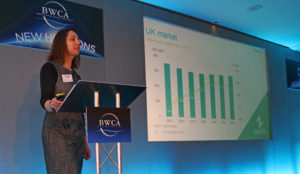 The water cooler market has seen nearly 5% growth, heard delegates at the BWCA Conference, held on Thursday 23 March. The total market worth was £129 million in 2016 compared with £123 million the previous year.

Karen Wells, managing consultant at Zenith Global, presented the figures. She told the conference: “Although this is a relatively mature market, the sector is still seeing growth in volume and value for both POU (mains-fed) coolers and bottled water coolers.” 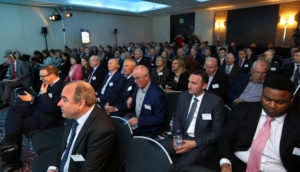 Pricing was also reviewed, showing that some bottled water cooler companies reported a modest increase in cooler rental prices and were also positive about modest increases in price per bottle for the water. However, most companies remained stable in terms of pricing for both rentals and water bottles.

Consumer interest in health and wellness has had a strong influence on the small pack market, and the cooler industry is also seeing this effect.

The market impact of the forthcoming sugar tax on soft drinks is yet to be determined. However, with water so strongly associated with healthy hydration and, given that it is calorie and sugar free, the industry may see an extra boost.

Inevitably, the weather affects sales and consumption. Companies serving the South East of England reported that higher temperatures and sunshine hours helped sales, especially where sales were to companies or organisations serving water outdoors. Companies in other regions, especially the North of England and Scotland, noted less water consumption. However, the year-round drinking of water is spreading, flattening the strong seasonal trends that used to exist.

Zenith said that whilst Brexit has not yet encroached on business confidence, inflationary pressures as well as increased import and labour costs may have an effect in 2018.

There is unlikely to be more divergence in the coming years in the split between bottled water coolers and POU units. Zenith forecasts combined units will reach 690,000 units by 2021. Acquisition activity increased in 2016 and she expects that to continue into 2017 and beyond.

Despite the residential cooler market being an important channel in some other countries, it has yet to become established in the UK. Product portfolio expansion and greater interest in a wider range of products is likely, including hot water boilers and under-sink machines.

John Dundon, BWCA Chairman, said: “We are delighted to see that, once again, the water cooler market is in growth. Our sector becomes ever more professional and this is due in no small measure not only to our Member companies but also to the high professional standards maintained by the work of the British Water Cooler Association. We are delighted to welcome Karen Wells here to our annual conference for what is always a highlight of this event. We thank Karen Wells and her team at Zenith Global for providing this data to us and I commend their report to you.”

The BWCA conference and trade show, arranged on the theme New Horizons: Plan to Win, was attended by more than 120 BWCA members and guests. Check out the May issue of VI for our full review!

What does 24-7 mean to Excel?
One Water trials ‘dirty-look’ packaging