A sum of £14,000 was raised in support of children’s education charity, EdUKaid, at the Great Vending Get Together Ball held at The Haven Hotel in Sandbanks hosted by Revive Vending.

This was the 7th annual ball supported by over 100 guests from the vending industry in aid of EdUKaid which provides much needed education to young children in one of the poorest regions in Tanzania. 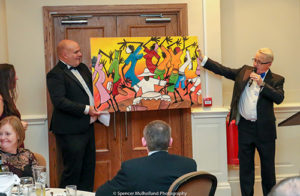 After a presentation by Revive Vending’s managing director and Chair of EdUKaid Tim Varney, four companies pledged to sponsor eight teachers and assistants providing an education nearly 800 children.  The evening concluded with a live band and dancing.

In the seven years since the event began the vending industry has raised over £110,000 and a number of vending supporters have undertaken individual challenges in aid of the charity.

This support has improved the lives of thousands of disadvantaged children in one of the most remote areas of Tanzania.

Tax on single use plastic?
Cocoa industry agrees on action to stop deforestation