Vending features on ‘You and Yours’ on Radio 4 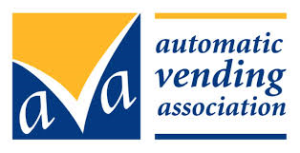 The producer opened the feature with some research from Euromonitor’s report into vending – that vending machines took £490m last year and sales were up 6% from the year before.  He added that this was surprising considering cigarettes have been removed.

A spokesperson from Euromonitor added that its research shows that sales of sugary snacks and drinks have declined and the rise in profit is due to the developments made with vended coffee.

Peter Fox, who invented the automated village shop, also featured on the show.  Peter reported that the machines are used daily and are turning a (modest) profit.

The producer stated that Costa Coffee has almost 4,000 machines throughout the country – double the number of its stores.  Costa plans to grow to 8,000 machines in the next two years, adding machines to office and industrial work spaces.er Fox, who invented the automated village shop, also featured on the show.  Peter reported that the machines are used daily and are turning a (modest) profit.

The statement provided by the AVA confirmed that premium coffee is the fastest growing sector.  It added that a  broader choice of snacks including healthy options was another key growth area and that the AVA’s event this year (AVEX 2015) will feature a Health and Wellbeing zone to recognise this growth.

Coffetek’s Button Gourmet Machine was also praised for its innovation and quality.  Ian Reynolds-Young, Director from Planet Vending, stated that advances in technology, including cashless payment systems is what is driving vending into the future.