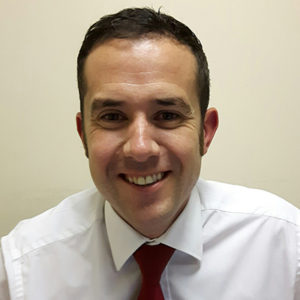 Mike has over ten years vending experience and joins from a multi-national vending company where he enjoyed the accolade of top seller. Mike’s motivation to move to Excel was based on the opportunities the challenge presents, and the fact that he will be much more of an influence as part of a fast growing independent company.

Speaking upon his arrival Mike said: “The opportunity to grow the Excel business in the East of Scotland is one that I’m looking forward to immensely. I feel as if I have the backing and support to make this territory my own and to develop good relationships with customers old and new.”

Away from work, Mike is a keen cricketer and plays for Forfarshire. He is currently preparing to compete in the Rat Race Coast to Coast, described in The Telegraph as ‘the ultimate test of endurance.’ Over a two day period, Mike will walk, run, cycle and kayak from the North Sea coast to the Atlantic seaboard – over 105 miles in total. He is raising funds for the Brain Tumour Charity –all the best in this very worthwhile endeavour.