There’s more to smart pay than a mobile phone 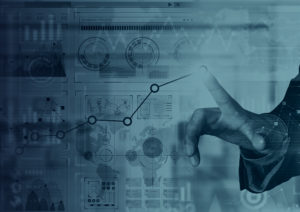 The latest research from Vianet has revealed that people are twice as likely to use their smart phone to pay for lunch than they were a year ago.

The statistic, taken from a proportionally representative panel of 2,000 consumers, echoes figures released by World Pay stating that the number of mobile transactions as a percentage of all in-store transactions has grown by 247% in the UK over the last year.

The main driver behind this growth has been the restaurant and bar trade, where easy and speedy transactions can have a significant impact on smoothing the customer journey. Other sectors such as supermarkets have acknowledged the ability smart pay provides in quickening transactions, with Tesco investing in a bespoke app to allow customers to exceed the customary £30 limit.

According to the Smart Payment Association, this trend is set to continue over the coming years, with half the consumers in major markets predicted to be using a combination of smart phones and wearables to make payments by 2018.

Matt Lane, managing director, Vianet said: “Life is becoming increasingly fast paced and technology that saves time, such as smart pay and wearable devices, are going to be a hit with consumers.

“When people think of contactless payment, they often limit their thinking to contactless card devices, when in reality the opportunities are endless. From car keys, to watches and even glasses, novel and practical ways to make payment easier are springing up everywhere and making consumer’s lives easier.

“This trend presents a great opportunity for vending operators to piggy back its popularity and make their estates contactless enabled. The earlier they seize this opportunity, the quicker they can future-proof their businesses, smooth the customer journey and drive sales.”

Raising the profile of the industry: The Vendies features on BBC1’s The One Show
David Llewellyn appointed as new chair of the AVA Board