The Great Vending Get Together raises £12,000 for EdUKaid

Vending International > Industry Events > The Great Vending Get Together raises £12,000 for EdUKaid 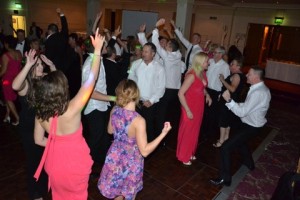 On Saturday 11th October, the good and the great of the vending industry descended on the small seaside town of Torquay for the annual Great Vending Get Together.

Now in its fourth year, the event raised a whopping £12,000 for EdUKaid. Event organiser and Chair of Trustees for the charity Tim Varney said: “It’s a very simple format of a meal, auction, and live band, but it’s not the format that makes it a success. It’s the people that come and the fact that they come back year after year to help raise money and have a fantastic time.”

EdUKaid is a small international charity, working in rural communities in Tanzania to improve the teaching and learning environment through building and upgrading schools. The charity provides vital educational services, resources and support. The charity now employs 25 Tanzanian staff including eight pre-primary teachers and ten assistants. Last year the ball raised £7,000 but this year smashed all records with a massive £12,000. This means that over the last four years the events have raised £34,000.

“The generosity of my friends within this great industry has been incredible,” said Tim. “What’s more, they all want to come back for more next year. It’s one of the few events where you can bring your partner and make a whole weekend of it in sunny Torquay.” Many attendees did indeed spend the weekend, enjoying cream teas and railway trips. John Broderick proved a persuasive auctioneer, inducing many to part with their cash for a good cause.

Clare Nolan, EdUKaid project coordinator, said: “It was an incredible event. A huge thank you to all who donated auction items to, attended, and helped organise the evening, making it the huge success it was. £12,000 really will make such a huge difference in Tanzania; classes of sixty plus pre-primary children will have a teacher and assistant everyday when they turn up at preschool, unlike they did prior to EdUKaid support. Thank you so much to all who were involved and a special thank you to the Vending Industry who continue to support EdUKaid’s education based project in rural Tanzania, making a difference to the lives of hundreds of children.”

Kevin Reed from Siemens Financial Services said it was the best Great Vending Get Together he has been to so far. “Loads of money was raised and John Broderick did an excellent job as auctioneer. I had a great time and caught up with people I hadn’t seen for a long time. I particularly enjoyed winning the 40m sprint, despite false claims that I started early!” The jury is still out on whether Kevin did indeed cheat – but as he says himself, “In vending, if you snooze you lose!” 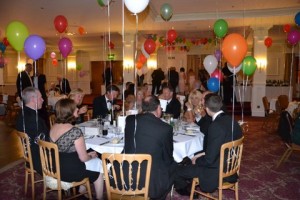 “The Great Vending Get Together was a magnificent effort,” said Richard Gilbert, managing Director of Excalibur. “I really enjoyed the ‘John Broderick’ show, although I’m glad my hand wasn’t twitching too much else I wouldn’t have been in a position to give future support! The band was excellent and Torquay was a great location. However didn’t know where and when the race was, and had even brought my kit so I could enter the challenge! Perhaps we should have a re-run?”

John Broderick, auctioneer extraordinaire, said: “Loved it – a great weekend with vending friends! Tim, Sarah, the family and their helpers put a lot of time and effort into the project in Tanzania, and they should be rightly proud of their achievements. They are improving so many people’s lives. I loved doing the auction, but we should have got more – maybe next time if Tim and Sarah would have me back?”

“Barry Callebaut Beverages have supported the event for the last three years and will continue to do so,” said managing director Peter Holdway. “Tim took up the space vacated by the AVS when they stopped their SW annual dinner, and apart from the continued benefit of getting together with colleagues from the industry it is an excellent opportunity to support a charity. As with past years, we enjoyed it immensely and enjoy the tradition of the Imperial Hotel.”

Festivities continued until 5am on Sunday morning, which is testament to what a great event the Varneys put on. The Great Vending Get Together proved once again that the vending industry can party like no other.

Next year’s event will be Saturday 10th October at the Imperial Hotel Torquay. Make sure you book early!