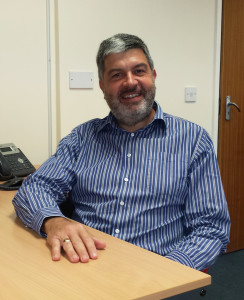 4 Aces prides itself on bringing quality plastic products to the UK, and so after identifying a widening gap in the vending market, investment was made to bring the Dopla PAP vending range to the UK market. 4 Aces has also announced the addition of Richard Allen to spearhead the vending category.

Richard has extensive knowledge of the vending sector, with over 20 years’ experience working for Douwe Egberts, RPC Tedeco-Gizeh and Veriplast.

Richard commented: “The UK market is ready for a new plastic vending cup supplier and I believe with Dopla’s proven track record in Europe, it will meet the UK’s expectations for vend reliability and competitiveness. The Dopla and 4 Aces partnership will give the market a fresh new alternative to vending operators. This is a very exciting development for the UK vending market.”

Chris Penn, managing director, continued: “The appointment of Richard Allen is a major move forward for 4 Aces and its vending cup development, which relies upon vending operator confidence and product assurance. Having such superior knowledge of both the cups and the operators themselves we could not be better placed moving forward in the vending sector.”