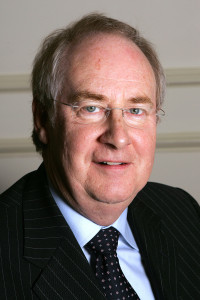 The current price of polymers, after a period of stable or falling prices last year and into early 2015, has suddenly turned sharply bringing substantial and unprecedented price increases in polyethylene which could see a significant amount added to the price of raw material in as little as two months combined with extremely tight supply.

In an industry-wide warning, Barry Turner, CEO of the PAFA (Packaging and Films Association) said, “Some four to five weeks ago the signs were there that the end of falling prices had come but then what surprised and dismayed many was the size of the price increases that have been imposed on converters in March combined with significant price rises already notified and to come in April. The price increases come as a response to supply issues with an estimated 20% of European capacity out for maintenance or force majeure coinciding with a similar reduction in imports as a result of higher duties on imports from the Middle East and more attractive prices and exchange trades available elsewhere.”

He remarked that many members, who have decades of experience in the industry, have been “left utterly dismayed by the scale of increases and the accompanying tight supply.”

PAFA also said the situation is made worse by the fact that the published UK indices have so far failed to reflect anything like the magnitude of the increase. “This has caused some members to hastily consider how to rebuild their business models to better manage shocks like this in the future” said Turner, “it is difficult to find any parallel anywhere else where converters have to manage such extreme volatility in raw material prices”.

PAFA has called on all companies in the industry to work together through this extremely difficult period in order to find a way to avoid these sudden shocks to the market and the enormous damage they inflict. “We must work more closely to seek long term solutions,” the association said in its statement.

In a final comment, Barry Turner said, “We are heading into very difficult territory this month as inventories are tight and demand is strong so this is a time for steady nerves as it is highly likely that converters will not get the supply they require.”