Nestle to cut 300 UK jobs as production moves to Poland 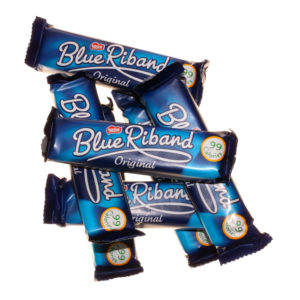 It was announced on April 26 that Nestle is cutting 300 jobs in the UK as it moves production of the Blue Riband chocolate biscuit to Poland.

The company is making the cuts despite achieving £21 billion from sales – a quarterly increase of 0.4%.

Blue Riband has been made in Britain since 1936 and is primarily consumed by the UK market – meaning it will have to be exported back into this country if production moves to Eastern Europe.

The potential job cuts are expected to affect York and Halifax in Yorkshire, Fawdon in the North East and Girvan in Scotland.

Unions are warning this could be the tip of the Brexit iceberg as companies use leaving the EU as an excuse to slash jobs and trample on workers’ rights.

Tim Roache, GMB general secretary, said: “To shift the production of an iconic British brand like Blue Riband to Poland is completely unacceptable.

“Nestle are throwing people’s lives, and those of their families, into turmoil for the sake of increasing profit margins.

“These factories should be exporting chocolate – not people’s jobs.

“The Government needs to step in before it’s too late – and reassure millions of workers across the country this is not just the tip of the Brexit iceberg.”

Julia Long, Unite national officer, said: “We will be campaigning to save as many jobs as possible and pressing Nestle to think again about these plans which will see the loss of hundreds jobs and the production of an iconic biscuit shipped to Poland.

“Rather than turning its back on its UK workforce, Nestle should be investing in its UK operations and keeping production here at plants in the UK.

“Over the coming days we will be scrutinising the company’s business rationale for these jobs loses and explore alternatives to its cut and run approach.”