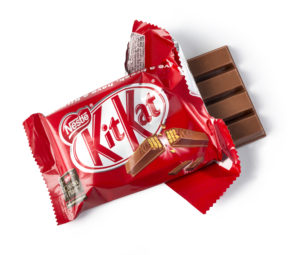 Court of Appeal judges in London have ruled that Nestle cannot trademark the shape of its famous four-fingered KitKat bar.

Nestlé claimed that the shape of the bar was unique and should be protected by law. But time after time, judges have thrown out the attempt.

A spokesperson for Nestlé said: “Nestle is disappointed by the Court of Appeal judgement and is considering next steps.

“KitKat is much loved around the world and its four-finger shape is well known by consumers.

“Nestlé’s four-finger shape has been granted trademark registration in many countries of the world, for instance Germany, France, Australia, South Africa and Canada, further protecting it from imitations.”

The ruling could now lead to copycat versions of the bars hitting shelves, in particular in discount supermarkets looking to capitalise on the chocolate bar’s popularity.

Nestlé first tried to trademark the shape of the four-fingered chocolate bar in 2010, but its attempts were opposed by Cadbury.

Cadbury’s owner, Mondelez, said of the latest ruling: “We are pleased with the Court of Appeal’s decision and welcome their conclusion.

“As we have previously stated, we do not believe the shape of the KitKat bar should be protected as a trademark in the UK.”

The two companies have also battled over other trademarks. In 2013, Nestle blocked Cadbury’s attempts to register the shade of purple used in the packaging of Dairy Milk.