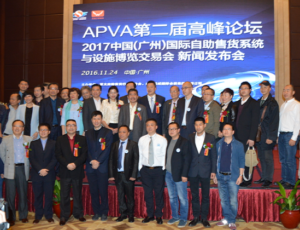 The 2016 Chinese Vending Market Report pointed out that vending machine industry has become one of the fastest growing sectors in the field of retail, as the world’s biggest vending market, Japan has 4.23 million vending machines providing over 6,000 varieties of goods. Last year, the sales of beverages alone amounted to 159,300 million RMB.

In order to promote communication inside the industry and break the traditional sales models, China VMF 2017 (March 1-3 in Guangzhou, China) aims to provide insiders with a high-end trade platform for the exchange of knowledge and experience.