Chairman of the Wilkes Group, Peter Wilkes, has been recognised in The New Year’s Honours List for his services to tennis. 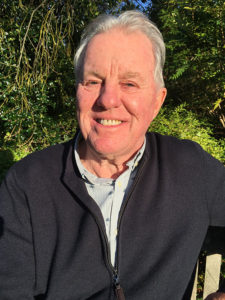 Mr Wilkes who chairs the Wakefield-based automatic vending, catering and cleaning and properties specialist, was awarded a British Empire Medal for his services to the sport.

He was nominated for the award by the Yorkshire Lawn Tennis Association (YLTA) in recognition of 46 years of dedicated service.

The British Empire Medal is awarded to those who have had long-term, hands-on involvement with their local community, often on a charitable or voluntary basis.

Peter said: “I am absolutely thrilled to have been awarded the British Empire Medal. Tennis has been my lifelong passion and I have enjoyed every minute I’ve spent supporting British tennis.”

Peter first played tennis for Yorkshire at the age of 13, went on to play for Yorkshire men between 1963 and 1979 and was Wakefield champion for 20 years.

As well as being an executive committee member of the YLTA for 46 years, he held numerous other roles in tennis including British Davis Cup Chairman and British Fed Cup Chairman between 2006 and 2008.

Peter and the Wilkes Group are well known in vending circles. Specialising in vending, cleaning, properties and catering supplies, The Wilkes Group was originally set up in 1946 by Gerald Wilkes and is run today by second and third generation family members.