Getting to grips with the Insurance Act 2015

Vending International > Features > Getting to grips with the Insurance Act 2015 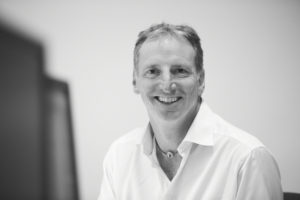 The new legislation, which comes into force on 12 August this year, contains several important changes which vending operators should be aware of:

Certainly some changes – such as the new legislation on warranties – will introduce a much more level playing field. A warranty in an insurance contract is a promise by the policyholder to the insurer to do (or not do) something or a promise to maintain a certain state of affairs. Previously, insurers could refuse to pay a claim if the policyholder breached a warranty, even if the breach was unconnected with the loss or if the breach was remedied before the loss occurred.

The ability to avoid claims in such circumstances is now removed, and insurers can only suspend cover for periods during which a warranty is not complied with.

If the warranty is designed to reduce the risk of a certain type of loss or a loss at a certain place or time and the policyholder can demonstrate that a breach could not have increased the risk of that loss occurring, insurers must still pay the claim. This removes the classic example where an insurer could use the failure to set a burglar alarm as a reason not to pay for fire damage.

Finally, insurers often use a ‘basis of contract’ clause to convert all information given by policyholders to insurers into warranties. This enables insurers to refuse to pay claims if any part of a risk presentation or proposal form is inaccurate. From August 2016, the position will be fairer for policyholders as the Act specifically removes this as an option.

The Act also requires policyholders to make a ‘fair presentation of the risk’ to the insurer. This applies for all renewals as well as new policies. A fair presentation is one that discloses, in a manner that is reasonably clear and accessible, every material circumstance that is known or ought to be known by the policyholder’s senior management, or those responsible for arranging insurance, following a reasonable search.

What is clear is that if the duty of fair presentation is breached, the insurer may avoid the contract. In the case of a deliberate breach the contract can be treated as if it never existed. And if fraud is involved, an insurer can terminate the contract from the date of the fraudulent act and need not return any premiums paid. Even if the breach was not deliberate or reckless, the decision will be based on what the underwriter would have done if a fair presentation had been made – and this could mean paying out less than the value of a loss.

When the Act comes into effect in August 2016, it will inevitably require some time to bed in. It will take the normal process of case law before we can interpret what all of the new provisions mean. But insurers and their clients will need to be ahead of the curve, because once the legislation takes effect, it will apply to all commercial insurance and renewals, and some of the provisions will also impact on consumer contracts. It’s true that for some complex and high risk non-consumer contracts, insurers can opt out of key provisions of the Act – but only if any less favourable terms are clearly and unambiguously drawn to the insured’s attention. In addition, we are currently seeing some insurers adopting alternative practices that are likely to be in a customer’s favor should there be a breach of warranty or of Fair Presentation.

In my view, the new legislation is broadly good news for clients. But it introduces many elements of uncertainty. Those involved in the vending industry will therefore need to engage closely with their brokers in the coming months to ensure they stay ahead of the contractual game.