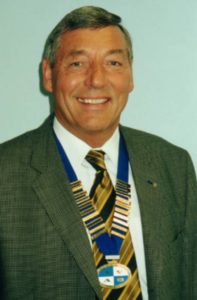 The Automatic Vending Association has announced that former chairman Ernie Johnson has died.

AVA chief executive David Llewellyn said although now retired, Ernie remained a great supporter of the vending industry. He had been actively involved with the AVA over many years and chaired the Association from 2001 to 2003.

When Ernie was elected chairman of the AVA in July 2001, he already had 42 years of experience in the vending industry. As a vending operator at the time, he was acknowledged as being involved in successfully delivering vending from the late 50s ‘penny vendors’ to the micro-processor controlled, remote monitored machines.

The funeral will be held on May 2 in Sunderland and Ernie’s family have invited former colleagues and friends to attend.