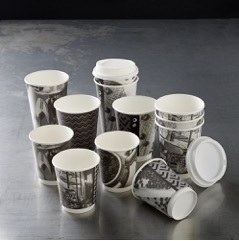 Dispo International is honoured to have been selected to appear in the 2017 edition of The Parliamentary Review.

The Parliamentary Review is a publication which aims to raise standards through highlighting best business practice to the UK’s leading officials. Combining political commentary from leading journalists, with sector specific insight from Secretaries of State, Ministers and MPs, The Parliamentary Review demonstrates how sector leaders have responded to challenges in the political and economic environment. This year, the forewords are by The Rt Hon Theresa May MP, the Chancellor, The Rt Hon Philip Hammond MP, and Secretary of State for Business, Energy and Industrial Strategy, the Rt Hon Greg Clark MP. The review’s release is marked by an annual gala in the Palace of Westminster.

Alongside pieces from the selected industry representatives, the Review contains a look back at the year with political commentary from the BBC’s Andrew Neil. It was set up by former minister The Rt Hon David Curry shortly after the 2010 general election and is distributed to tens of thousands of leading policymakers including MPs, peers at the House of Lords, chief executives, vice presidents, chief information officers, chief technology and procurement officers, directors of factory operations, engineering and construction directors and managers, the associate parliamentary manufacturing group and many more. Its articles act as both a blueprint for success and a template for reform.

The 2017 Manufacturing & Services Edition features Dispo International along with eight other UK businesses involved in paper, printing and packaging.

An electronic copy of the 2017 Parliamentary Review manufacturing edition can be found here.