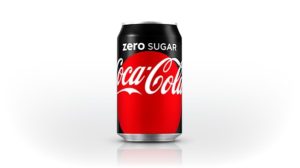 The campaign will feature the slogan ‘Tastes More Like Coke’, highlighting that the calorie-free variant delivers the great taste associated with best-selling Coca-Cola Classic, but with no sugar.

Set to launch on 16 January, the £4.5million campaign will feature above-the-line activations including six-sheets, bus advertising and digital marketing. A new 20-second television commercial that runs until the end of February will further highlight the benefits of the reformulated product.

The latest activity follows the £10million campaign that marked the launch of Coca-Cola Zero Sugar last year, and marks the next step in helping retailers boost their sales of calorie-free variants.

Simon Harrison, operational marketing director at CCEP, said: “This campaign is designed to help retailers grow their sales by highlighting to consumers that Coca-Cola Zero Sugar is not only calorie-free, but delivers the iconic taste and refreshment of Coca-Cola Classic.

“This multi-million pound investment underlines our commitment to supporting further growth of the brand by encouraging consumers to switch to no sugar and bringing new people into the category, helping retailers to build on the impressive sales of Coca-Cola Zero Sugar since its launch last summer.”