Calypso Soft Drinks has launched a totally re-designed range for its Fairtrade Pure Juice range, to coincide with the 20th Anniversary of the Fairtrade mark in the UK.

Calypso was one of the first soft drinks companies to gain accreditation with the Fairtrade Foundation in 2001 and has seen its range grow and flourish over more than a decade.  The new packs offer a highly visual, brightly coloured bold design to stand out and appeal to a wide consumer audience. 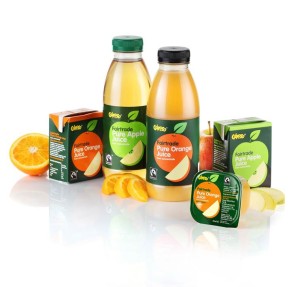 Michele Davies, Calypso Marketing Manager said, “We will be supporting the Foundation’s theme of ‘choose products to change lives’ – its all about consumers having the power to change the world every day by buying Fairtrade products. With one simple choice, farmers all over the world get a better deal and have a better, fairer life as a result.”