Call to end ‘topping up’

A refrigeration specialist has spoken out against the practice of “topping up” vending machines with harmful Flourocarbons as a quick fix alternative to repairing environmentally damaging leaks. 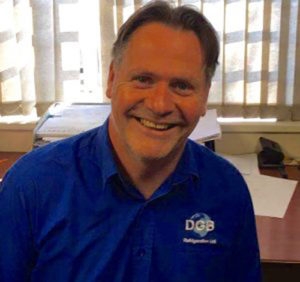 DGB refrigeration’s Gary Barlow says: “Topping up frustrates me and I think it is something we all should be very concerned about. It is illegal and has grave consequences for the environment.”

As the term suggests ‘topping up’ is the addition of refrigerant to a chiller which has a known leak, or the evaporator has become porous.

Vending machines are predominantly gassed on R134A – a Fluorocarbon which when released into the atmosphere directly contributes to the increase in global warming. Every 1kg of carbon dioxide equals a GWP (global warming potential) of 1 per kg, whereas R134A has a GWP of 1,300 per kg.

“As an example, a leak of just 1kg of this refrigerant causes the same environmental damage as driving a van for 10,000 miles.

“Without actually repairing the leak/evaporator, the chiller will need continual topping up which may be convenient as a quick fix but will mean more engineer call outs, down time of the machine and lost stock.

“At DGB Refrigeration all repairs are done in our purpose built factory which enables us to pressure test chillers for leaks, but also we have brand new evaporators made for the units with a history of this problem – once a evaporator has become porous it is virtually impossible to repair.”