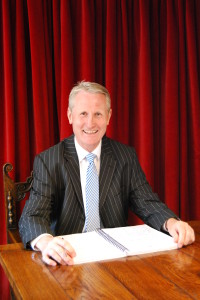 The British Water Cooler Association (BWCA) has announced a number of new memberships to the Association. The BWCA has accepted applications from supplier members: Ebac, Icon International, Polymer International and SIP Technologies. The latest news follows the recent announcement in January of this year that Calomax has also become a member of the Association.

John Dundon, BWCA’s Chairman, said: “As we near the conference, it is interesting to note that the market is looking very positive for the water cooler sector. All the good work that has been done by the BWCA over the past several years is really coming to fruition both in terms of the industry’s strength and reputation as well as through increased membership.

“The latest group who have applied to join the BWCA are a mixture of companies who left several years ago, international suppliers who now see the BWCA as an association that offers commercial contacts and other benefits or new suppliers that operate in the UK and recognise the strength of the profile of the BWCA. We welcome them most warmly. It’s not a bad start to 2015!”

The BWCA’s annual conference will be held in Nottingham on 19th March featuring Alastair Campbell as the keynote speaker and with Amy Visser of Zenith International unveiling the latest market data. It will be followed by the industry’s trade show on the afternoon of the same day.