Now in its 34th year, one of the most celebrated industry events; Hawkstone Golf Day, took place in June with many familiar faces coming together to compete for this highly sought-after Trophy. 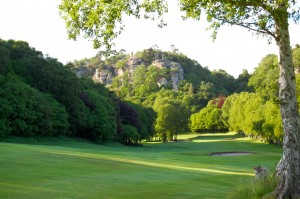 Nestlé Professional®, leading confectionery and beverage vending partner to the industry, and historic host of the Hawkstone Golf Day, was joined by over 60 professionals and associates from the vending sector.

Victorious on the day was The Upton Group, who scooped the 2014 trophy.  Led by Team Captain and Managing Director, Alec Upton, the team beat off stiff competition from second place challengers’ Dave Klinkenberg’s team, to be crowned Champions at the two-day event. The overall winner was Jan Vander Qwast from Platino.

The Hawkstone Golf Day has been a vending industry calendar staple since it was founded in 1980, and was the first added-value networking event of its kind.  Having evolved from a day of golf to a family event, 2014 saw a host of additional activities, including a ‘Taste of Italy’ pasta-making session with a celebrity chef, and a wine tasting session with a sommelier.

“The Hawkstone Golf Day is the stuff of legend within the vending industry, and having attended for the first time this year I can see why.  A nail-biting two days, with a host of industry-wide friends, the event is one not to be missed for networking opportunities, insight and knowledge sharing.  And, of course, some great games of golf.”

“Much has changed about the Golf Day since its inception in 1980; we certainly wouldn’t have had anyone emailing on a smartphone back then! As a key event for the vending industry we look forward to welcoming back old friends, and meeting some of the newer players in the market in the coming years.”

The Hawkstone Golf Day is traditionally held in the first week of June, and is attended by senior professionals from the biggest vending businesses in the country. Nestlé Professional® has historically organised the event as one of the leading suppliers of confectionery and hot beverages vending solutions.