All change at Cover

The Cover Association, one of the first groups of vending operators to work together to offer a regional and national service is parting company with long-standing member Templeman Retailing and Vending (TRV) by mutual agreement. 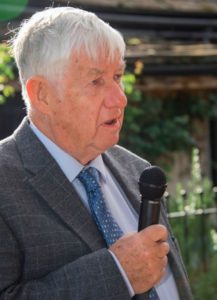 TRV has been in discussion with the group and decided to take its business in a direction which is not compatible with Cover. TRV will remain a member until the end of 2018.

Duncan Balmforth, chairman of Cover, thanked TRV for a valuable contribution over the years and went on to comment “the decision to leave was by mutual agreement and on amicable terms”.

He added that the group still has coverage in the North East with Sunderland based North East Vending.

Duncan was excited that Cover also has some new members who would add value and offer extended geographical coverage. Last year the group welcomed Swansea based Bulk Vending Systems

and this summer Cover expanded into Jersey, as Office Solutions t/a Caffeine Mechanics came on board.

He said: “Over the years Cover has had many approaches by companies keen to join and it has never been about swelling the numbers, it’s more important to get like- minded professionals that can work together. With several member companies now moving into their second generation of ownership, it is timely that a young company from Jersey has joined us.”