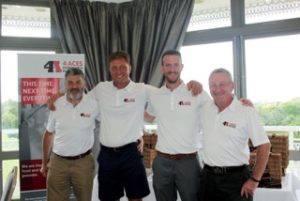 4 Aces launched its first ever corporate golf event at Birmingham’s The Belfry last week. The two-day event was used by the  packaging specialist to welcome and entertain guests from the worlds of vending, water and distribution in celebration of 4 Aces continued healthy growth, which will see the company move to bigger premises in Harlow next month.

Managing director of 4 Aces Chris Penn hailed the event as a major success: “We wanted to take time out and to celebrate our accomplishments, while creating a blueprint for future events, with two days of entertainment and activity that our guests would look back favourably on and remember as a fun occasion. Our aim was to establish an informal, relaxed atmosphere in which people could enjoy the golf and the hotel facilities, and take pleasure in the company of their peers without necessarily talking shop. 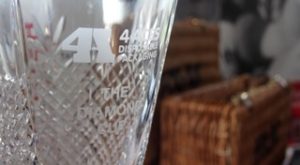 “In the process, we also managed to raise almost £1,200 for international water aid charity, Just a Drop. Guests were more than happy to show their appreciation for our event by making generous donations to an outstanding charity, relevant to our industry, that works tirelessly to provide families and children in impoverished parts of the world with clean water.

The event culminated in the presentation of what has been named, by 4 Aces, as the Diamond Cup to overall golf event winner, Ross MacDonald from vending supplier, the Upton Group. Ross was closely followed by second and third place winners, respectively, 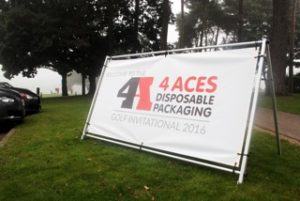 Roger Moore from water and coffee supplier, Eden Springs and Andrew Vickers from the water coolers and water supplier, the Water Wellbeing Group.